Due to the nature of their careers, first responders are continually exposed to stressful and traumatic situations. As a result, many first responders suffer from conditions like post-traumatic stress disorder, depression, and substance use disorders.

Below is everything you need to know about National First Responders Day and why first responders are at risk for substance abuse.

What Is National First Responders Day?

Since 2017, October 28 has been officially recognized as National First Responders Day. During this day of national appreciation, organizations and communities across the country come together to say thank you to the firefighters, EMTs, paramedics, police officers, and others who responded to crises.

One of the biggest advocates for the establishment of National First Responders Day was Andrew Collier. Andrew is the brother of MIT police officer Sean Collier, who was tragically shot and killed during the aftermath of the Boston Marathon bombing in 2013. In his honor, his brother Andrew Collier fought to start a movement of support for the country’s first responders. Eventually, word of this movement reached senators in Washington D.C. who moved to create a national day of recognition for first responders in the United States.

According to the Centers for Disease Control and Prevention (CDC), 97 firefighters and 155 police officers die each year in the line of duty. Additionally, the National EMS Memorial Services reported that 68 paramedics and emergency medical technicians (EMTs) died in the line of duty in 2021.

It’s important to remember that the term “first responder” applies to a wide variety of individuals. So, what exactly is being celebrated on National First Responders Day?

Who Are First Responders? 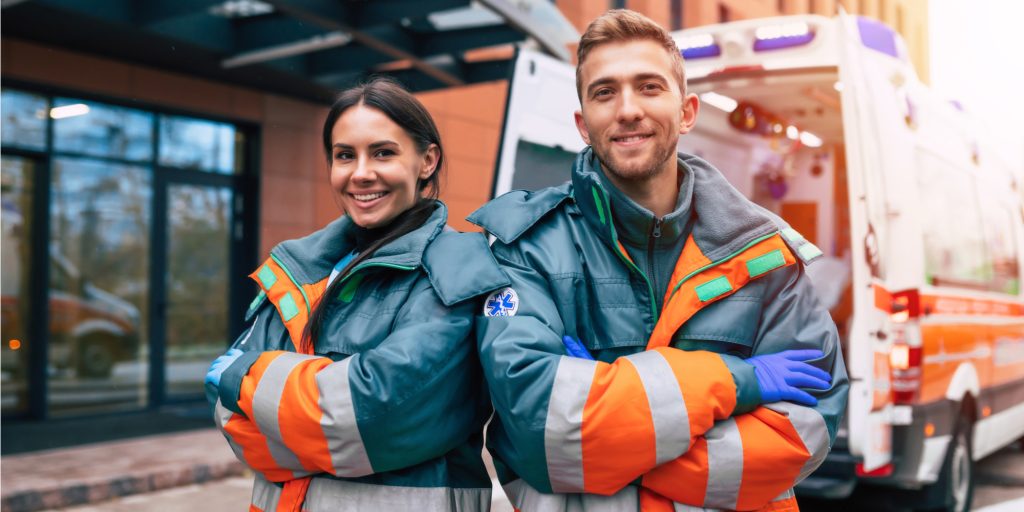 There are over 25 million first responders currently working in the United States. Generally speaking, a first responder is someone who has received specialized training and is among one of the first to arrive at the scene of an emergency. These emergencies can be anything from a global pandemic like COVID-19 to a terrorist attack such as September 11. First responders may also help facilitate aid or dispatch necessary services in response to a disaster (dispatch workers).

When thinking of who qualifies as a first responder, think of the first responder flag. The flag uses one line of each color associated with the different branches of first responders on top of the American flag. From top to bottom, the branches are as follows:

When a person turns to alcohol or drugs for self-medicating purposes, they are more likely to become dependent than an individual that is a recreational user. Nearly 50% of mental health disorders are thought to be affected by addiction. Due to acute stress and trauma, it’s common for first responders to develop co-occurring mental health and substance use disorders (SUDs).

Substance use disorders are unfortunately very common among first responders. A 2010 study of police officers working in urban areas found that 11% of male officers and 16% of female officers reported alcohol use levels that are deemed “at-risk” by the National Institute on Alcohol Abuse and Alcoholism.

A recent national survey found that up to 29% of firefighters engage in alcohol abuse, with 10% reporting prescription drug abuse. Rates of binge drinking are also much higher among firefighters compared to the overall population.

Unsurprisingly, emergency medical service (EMS) workers are also at a higher risk of developing a mental illness. According to the Substance Abuse and Mental Health Services Administration (SAMHSA), 36% of EMS workers suffer from depression, 72% suffer from sleep deprivation, and more than 20% live with PTSD; all of which puts them at an increased risk of substance abuse.

During National First Responders Day, it’s important to remember that the people who risk their lives for others may also require help. If you or someone you know is a first responder and needs help, getting treatment doesn’t have to be difficult.

Where First Responders Can Get Help for Addiction in Ohio 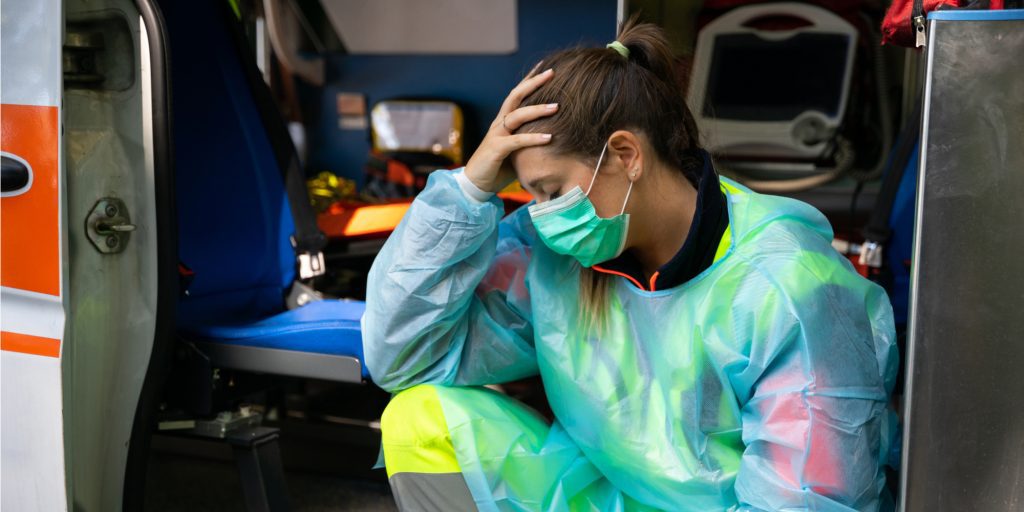 At The Woods at Parkside, located right outside Columbus, Ohio, we’re no stranger to substance use disorders. We understand that the challenges and trauma our first responders face can be difficult to cope with. That’s why we use a personalized approach to addiction treatment. At our Ohio-based treatment facility, our treatment programs are specially designed to help treat both mental illness and addiction.

Studies show that nearly 30% of first responders develop a mental health condition as a result of their occupation, which can make addiction treatment difficult. That’s why at The Woods at Parkside, we offer our clients a comprehensive dual diagnosis program. Dual diagnosis care provides patients with a safe place to overcome the underlying causes of addiction. Oftentimes, trying to treat these issues separately fails, as addiction and mental illness are so closely tied together. Receiving the right kind of care is the key to a successful recovery and our programs are ready to help you regain control of your life.

At the Woods at Parkside, our world-class staff is well versed in all types of co-occurring substance use disorders. National First Responders Day is a great time to say thank you to our frontline workers, but it’s also a time to recognize those in need. To learn more about first responder mental health programs, give our admissions staff a call at 614-471-2552. You can also contact us online by using our online confidential contact form. Whichever way you choose, we’ll be ready to help you on your way towards recovery.