Long-term alcohol abuse carries with it a lot of negative side-effects, such as drinker’s nose, alcoholic eyes, and stomach problems. One of these symptoms is alcohol shakes, also known as alcohol tremors. It manifests as uncontrollable, erratic movement of the hands that begin as soon as 12 hours after the last drink.

Alcohol shakes are most often a sign of alcohol withdrawal. But they can also be caused by an unusual excess of alcohol in the system. This occurs because of a period of binge drinking in somebody unused to alcohol, or as a result of the ways in which chronic alcohol abuse rewires the brain.

Contents Expand
I Why Do I Get Shaky Hands After Drinking?
II How Can I Stop Alcohol Shakes?
III How Much Alcohol Is Required to Cause Alcohol Shakes?
IV What Are Other Alcohol Withdrawal Symptoms?
V How Can I Quit Drinking Safely?
V.I What are the symptoms of alcohol withdrawal?
V.II How long do alcohol shakes last?
V.III Why do you shake after drinking?
V.IV Why do alcoholics shake?

Why Do I Get Shaky Hands After Drinking? 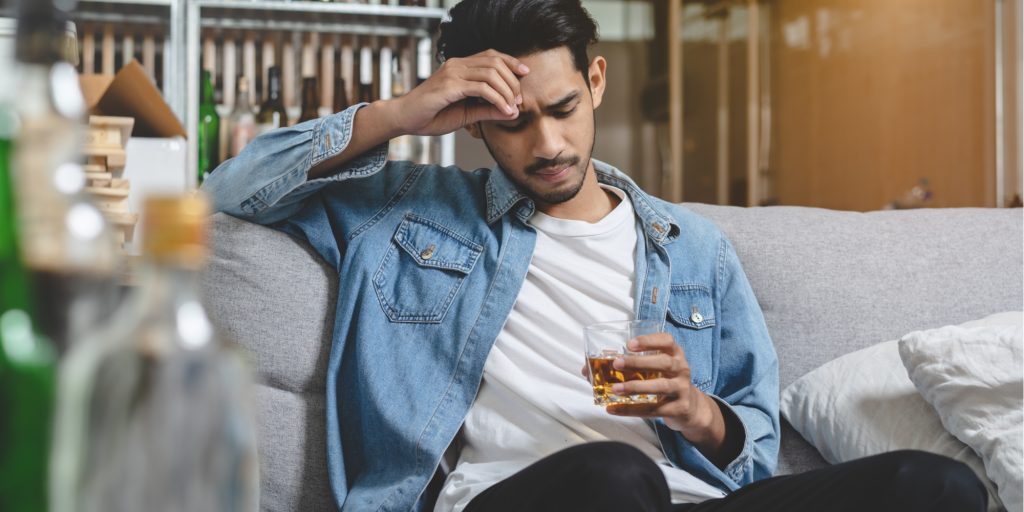 Drinking alcohol limits production of the neurotransmitter gamma-aminobutyric acid (GABA), which is important in calming the nervous system and ensuring that electrical signals in the brain are sent correctly. Alcohol also acts in ways similar to GABA in the brain, by suppressing electrical signals, which is why alcohol causes effects like slurred speech and poor motor control.

Drinking to excess can therefore over-inhibit your system—causing you to black out, feel numb, or experience euphoria. While binge drinking, the brain adjusts to rely on alcohol more than GABA. This leads to chemical dependency, which can be dangerous.

When the consumption of alcohol is stopped, the opposite thing can happen to your neurons—they can become overstimulated until your system rebalances itself. One consequence is that parts of the brain controlling muscle movement can fire sporadically, causing alcohol shakes.

The National Institutes of Health (NIH) defines tremors as as an “involuntary, rhythmic muscle contraction leading to shaking movements in one or more parts of the body.” They tend to occur sporadically, and increase in severity the more a person abuses alcohol. These tremors can continue for days depending on how much alcohol an individual was consuming before they stopped, and in very frequent drinkers, can appear very quickly after their last drink.

How Can I Stop Alcohol Shakes?

If you find yourself experiencing alcohol shakes, it’s a good indicator that you’re engaging in some unhealthy drinking habits. The first step to stop alcohol shakes is to stop or reduce your alcohol consumption.

Some dietary changes can help with the shakiness and unease that accompany alcohol withdrawal. A diet rich in lean proteins like chicken, eggs, fish, and non-fatty meats helps provide energy for your brain to adjust back to normal. Raw fruits and vegetables, whole grains, and multivitamin supplements that include vitamins B and C, as well as calcium, potassium and magnesium, also help with nausea and muscle tremors.

How Much Alcohol Is Required to Cause Alcohol Shakes?

The exact level of drinking that leads to withdrawal symptoms varies by person. The National Institute on Alcohol Abuse and Alcoholism (NIAAA) defines heavy drinking as over four drinks per day for men, and over three per day for women. The Substance Abuse and Mental Health Services Administration (SAMHSA) defines it as binge drinking at least five times per month.

If you frequently consume alcohol, you may start to feel withdrawal symptoms when you go too long without it. While alcohol shakes can occur after heavy periods of binge drinking, due to the overwhelming effect of alcohol on the brain, they usually only occur in those who have a history of heavy drinking.

What Are Other Alcohol Withdrawal Symptoms?

Alcohol shakes are typically an early sign of alcohol withdrawal, and other symptoms usually follow. Due to the heavy influence that alcohol has on rewiring the brain, and the frequency with which most alcoholics drink, alcohol withdrawal can vary wildly from person to person.

Some may experience only mild symptoms, while others may experience seizure, brain damage, and other dangerous side-effects. Because of how unpredictable alcohol withdrawal can be, medical supervision is highly recommended when attempting to stop heavy alcohol usage.

A particularly dangerous form of alcohol withdrawal called delirium tremens, or DTs, can also occur in people who have been drinking heavily for very long periods. DTs can cause hallucinations, seizures, respiratory failure, and other life-threatening symptoms. Typically, symptoms are most severe from 24 to 72 hours after last drinking.

How Can I Quit Drinking Safely? 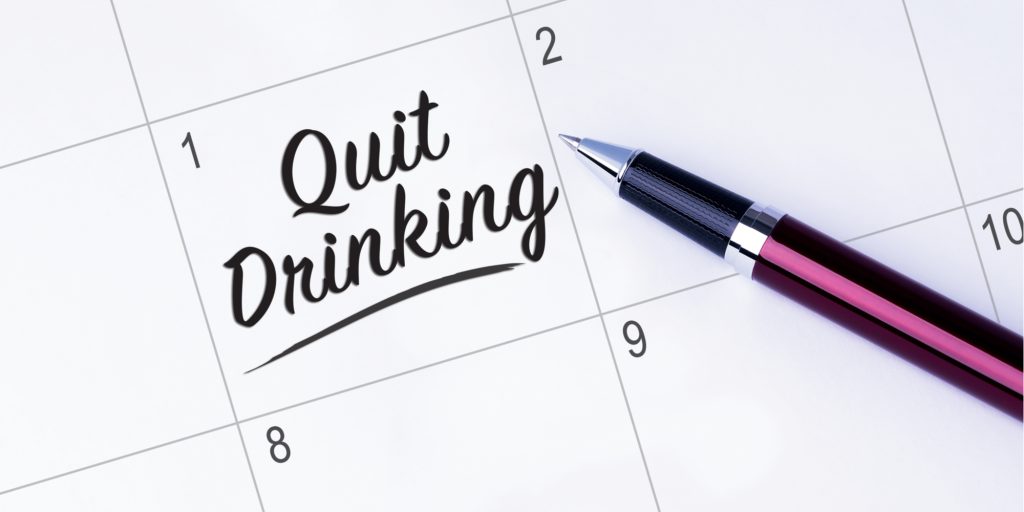 The fear of going through withdrawal often prevents people from seeking help for their substance abuse issues. Alcohol’s legal and socially acceptable nature makes it especially easy for people who are struggling with addiction issues to put off treatment even after they’ve started experiencing withdrawal symptoms, like alcohol shakes, when they stop drinking. However, detoxing from alcohol is the only way to stop the damage that alcohol abuse does to your body.

Detoxing is the process of clearing an addictive substance from your body while managing withdrawal symptoms. Although alcohol will clear the body within a few days, cravings, alcohol shakes, and other withdrawal symptoms may linger longer. Detox can be a frightening prospect, but luckily, you don’t have to go through it alone.

At The Woods at Parkside, we offer a comprehensive addiction treatment plan that begins with medically-supervised detox. Medically-supervised detox is a safe way to stop the damage that alcohol abuse is doing to your body while under the care of physicians trained in keeping you healthy and comfortable while you go through withdrawal.

After detox, we offer a variety of inpatient and outpatient rehabilitation programs designed to help individuals overcome the mental components of their addiction and adjust to their new life without substance abuse. We subscribe to a 12-step philosophy and use a traditional, up-to-45-day treatment program that has proven for decades to be effective.

Don’t let fear ruin your life. Reach out to us today to learn more about your recovery options. You can reach our admissions department by phone at 419-452-4818 or by filling out our confidential online form.

What are the symptoms of alcohol withdrawal?

Alcohol withdrawal causes excessive tremors, sweating, nausea, confusion, and dehydration. It can also escalate into DTs, serious withdrawal symptoms that can include seizures, paranoia, and hallucinations.

How long do alcohol shakes last?

The duration of alcohol tremors can vary depending on each person and their drinking habits. Oftentimes they will go away within 72 hours, but in severe cases may last for up to 10 days after the last drink.

Why do you shake after drinking?

Alcohol affects levels of the neurotransmitter GABA in the brain, which regulates fine motor control. When you drink, you disrupt normal levels of GABA, and while the brain tries to get back to normal, it sends out sudden signals that cause tremors in your hands.

Why do alcoholics shake?

Alcohol changes how the brain works, and after a long period of drinking, the brain has trouble functioning without it. This causes alcohol shakes when people who drink often go too long without alcohol.