For many of us, there are few things more relaxing than sitting back and enjoying a good movie. As we relish in the sweet escape from everyday life that a good movie provides, we also relish in its power to spark our emotions and make us laugh until we cry.

Yet, movies don’t need to leave us feeling warm and fuzzy inside in order to be powerful. Dark films can be very powerful too, especially when they’re about heavy topics, like drugs. While there are a lot of movies to choose from in today’s media-centered world, they aren’t all good! Regardless of whether a movie makes us laugh or cry, one thing is for sure: we don’t want to waste precious hours of our lives on a bad one.

Why Watch Movies About Drug Addiction? 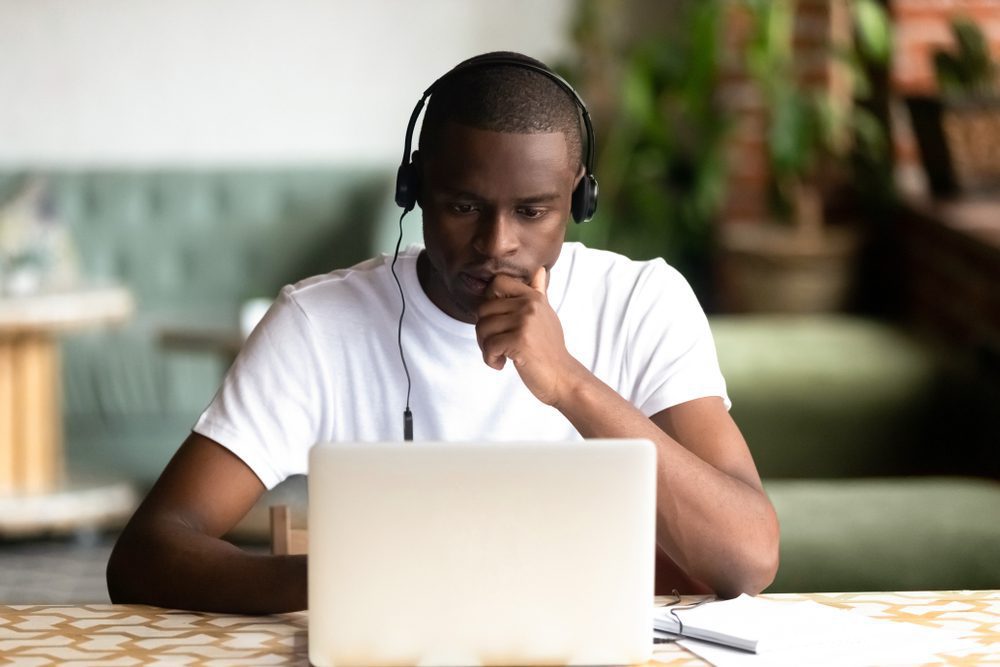 It’s true that movies about drug addiction may not be the best at cheering you up, but that doesn’t mean there aren’t any movies about drugs like heroin and alcohol that aren’t worth your time.
You might want to consider watching a movie that focuses on drug abuse and addiction if you are:

So, where should you start? Here are 5 must-see movies about drug addiction to put on your list.

Like many movies, Trainspotting is based on a novel with the same name. It is a favorite among those with a drug addiction, as well as some professionals who believe it is an accurate depiction of what life is like when you’re addicted to drugs. It also happens to be highly rated on Rotten Tomatoes, which is no small feat.

The movie focuses on the main character, Mark Renton, who struggles with heroin addiction, just like many of his friends. While the movie isn’t without its humorous moments, it’s the jarring scenes–such as the ones highlighting the opiate withdrawal process–that are sure to leave an impact on you.

Trainspotting not only shows the rituals surrounding the drug and what it takes to get it in the first place, but it also shows how the drug keeps you coming back time after time. If you or a loved one struggle with addiction and are seeking addiction treatment, this movie’s realistic portrayals of drugs just might convince you to reach out to a drug treatment program.

2. Requiem for a Dream

Requiem for a Dream is another highly rated and nominated film with a cult following. Like many excellent movies, it is also based on a novel. Rather than focus on just one or two main characters, this movie has four, each with their own story lines, challenges, and drug addictions.

Unlike many other addiction movies that focus exclusively on young people and their drug addictions, this movie also sheds light on the challenges of drug abuse among the elderly. It does a superb job of showing how drug addictions can leave the addicted feeling hollow and empty, especially when reality starts crashing back into their lives.

Traffic is also listed as one of the best movies about addiction as it offers an all-encompassing view of how drug addiction can affect all of our lives, whether or not we or someone we know is addicted to a harmful substance. It also earned not just one Academy Award, but four.

As the main characters’ lives intertwine through the drug trade in the United States, this movie depicts the drug kingpins that keep the machine running, the larger government-backed fight against drugs, and how drugs can affect the home. It’s a haunting look into how society is failing those with addictions as well as their families and the larger society as a whole. This is especially highlighted by Erica Christensen’s character who demonstrates that anyone can get sucked into the world of drugs.

Although alcohol can wreak just as much havoc as drugs, it is generally more accepted by society because, unlike other drugs, it’s legal to consume. Because of this, alcohol addiction may seem less harmful at first—when compared to other drugs— but it can still have the same devastating consequences.

Everything Must Go stars Will Ferrell in one of his first serious roles as a salesman named Rick Halsey, who is an alcoholic. He relapses, and as a result, slowly loses his job, his wife, and his home. In fact, he finds himself living in the yard, selling his belongings until he can find another place to live.

Unlike other movies about heroin addiction and other drugs that can make drug addiction seem thrilling—at least at first—this movie does a good job highlighting the descent of an alcoholic who loses what’s important to him slowly over time, which is arguably a more realistic depiction of alcohol abuse.

Less Than Zero isn’t the most critically acclaimed film on this list, but it reminds us that Robert Downey Jr. hasn’t always been Iron Man—both literally and figuratively—as the movie could very well be a true story based on his life.

Before taking on the iconic Marvel character, Robert Downey Jr. struggled with drugs, just like his fresh-out-of-high-school film persona does. In fact, just 10 years after the movie’s release, the actor was arrested for heroin and cocaine possession.

Just as Downey lived a charmed life in Beverly Hills, so too does his character, Julian, who came from a wealthy family in the same area. This movie is a good reminder that just because someone’s life looks shiny and perfect on the outside doesn’t mean that it is. It’s also a good reminder that addiction recovery is possible, no matter how far you have fallen.

Watching movies about drug addiction and substance abuse is a good first step to facing an addiction, but if you’re ready to take back control of your life, contact The Woods at Parkside. You can call our admissions staff at (614) 471-2552 or fill out our online contact form. We can tailor one of our many programs to treat your addiction to drugs and alcohol.